Marta Shpak performed in the concert "From Bystrytsia to the Thames" 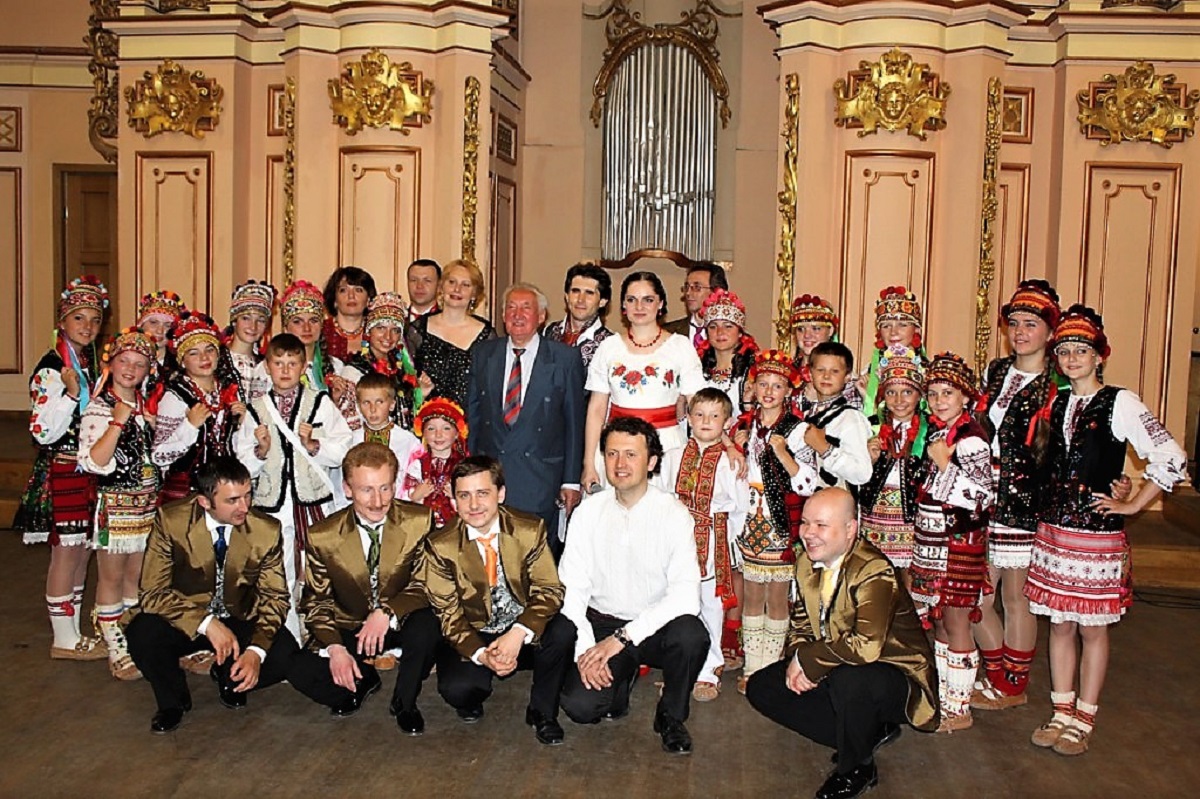 On June 26, 2011, in Lviv Philarmonic, Marta Shpak took part in the concert "From Bystrica to the Thames."
An Honored Artist of Ukraine, the winner of the charming vocal, immediately responded to the offer to perform for this event. Her music career is based on hard work to empower Ukrainian culture and her love for Ukrainian songs; to collaborate with well-known artists who support national history and talents.

"From Bystrica to the Thames" – a concert honouring Volodymyr Luciw – famous Ukrainian singer, banduryst, cultural and civic activist, organizer of the world tour for Ukrainian choirs, dance ensembles and even a grand event for John Paul Pope. In 1961, he became a world-famous singer thanks to the victory at the international song contest "Eurovision," where he represented England as Tino Valdi. Mr. Luciw was a British national, but he always remembered his homeland and fully maintained the talented youth of Ukraine.

Honouring outstanding compatriot, Marta Shpak with Orest Tsymbala performed "Insurgent Tango" (Повстанське танго), which was released by Volodymyr Luciw for the first time back in 70th. The entire second half of the concert was memorable by the brilliant performance of Marta Shpak with the children's folklore ensemble "Malenki Boiky". Mr. Luciw was so fascinated that he just said on the stage: "I have seen a lot in my life. But, so professional performance of children combined with a beautiful voice, creativity and outstanding signing of Marta Shpak – I have never seen. So, BRAVO to young artists!"