Marta Shpak on the celebration of Ukrainian folklore in Poland 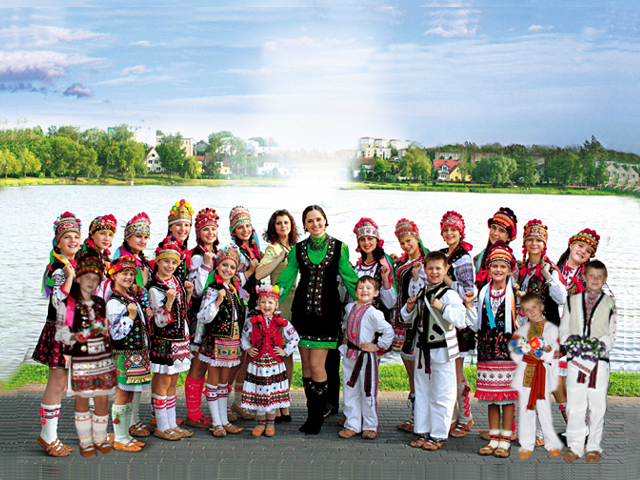 Marta Shpak and "Malenki Boyky" represented Ukraine in Poland to celebrate the "Festival of the meeting with Ukrainian folklore 2010″. It was a time of two bright sunny days with honoured guests, great artists, the audience and representatives of pro-government and local organizations of Good City and Illawa, located in the north of the neighbouring country.

Organizers of the Festival, which took place in the Park of Friends of culture and gave its green space in possession of the best performers from Poland and Ukraine, were Olshtynskyy department Dobromiska Ilavska link and the Ukrainian Union of Poland, the home city of culture and an amphitheatre. Greeting the Ukrainian team, they welcomed honorary guests from Ukraine - singer Marta Shpak and the children's folk ensemble "Malenki Boyky" from Perehinske with their ethnic concert.

It was nice to see that even far abroad, Ukraine and Ukrainian Arts are highly respected. But, of course, it is possible thanks to Ukrainians who live there. The citizens and visitors of Poland have the opportunity to attend such large-scale music events, which, by the way, show every year that culture is one of the best ways of building Polish-Ukrainian relations.

Marta Shpak and "Malenki Boiky" received many gifts, warm applause from the audience and gratitude for the high professional performance. After excursions by sceneries of Warmia and Mazury, Ukrainian artists with unforgettable experiences and memory about these important days went back to Ukraine. They have preparation ahead for participation in the International Festival "Sorochyskyy yarmarok" and the anniversary solo concert, which will be in late August this year in Perehinske.

Marta Shpak is going to work on her new music projects and upcoming concerts in Ukraine, as well as abroad.