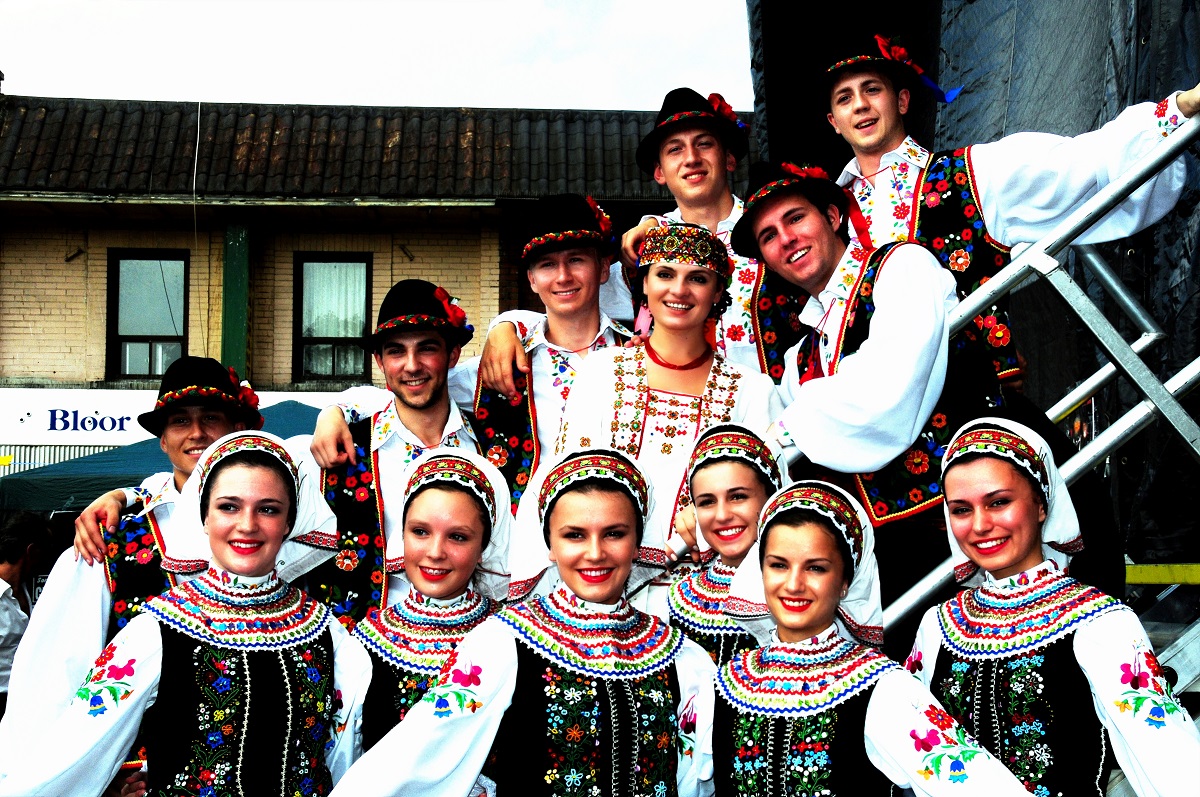 A talented singer from Pereghinske (Rozhnyativskiy region), Marta Shpak, participated in Ukrainian Festivals in Canada - Toronto and Montreal. All the spectators were amazed by her ethnic Ukrainian dresses, beautiful voice, and touching songs about Ukraine.

The journey began from the concerts in Park de la Ukraine (Montreal, Quebec). The Ukrainian Festival is a significant event in life for Ukrainians in Montreal and Eastern Canada. This festival popularizes the culture, traditions and history of the Ukrainian diaspora. A crowd of 12 thousand people with 40% of Ukrainians and 60% of other cultures watched the performance of Marta with immense joy and appreciation. After two days of shows, on Sunday, the Ukrainian priest Igor Kutash invited Marta Shpak to perform her songs in the Ukrainian church after the Holy Liturgy.

Visiting the historical places of Quebec, the young singer had fallen in love with beautiful Montreal and, together with her team, went to Toronto to participate in Ukrainian Festival "West Bloor Village." Marta Shpak performed at the main stage of this famous event for three days, accompanied by the "Ukraina" dance group. She also was interviewed by the Ukrainian radio and TV and mentioned that she proudly wears an embroidered shirt (Ukrainian national vyshyvanka) and singing Ukrainian songs in North America. She also said that such traditional festivals are getting very popular in Ukraine nowadays and that people from different countries love Ukrainian songs and culture.

Marta was impressed by the high professional level of all local Ukrainian artistic groups and picturesque Ukrainian Churches, shops, museums, and streets in Canada.

At the end of her tour, Shpak had a solo concert in St. Catharines town near Niagara Falls in the "Chornomorskyi House." The venue was overcrowded, and the show lasted almost 2 hours long. Moreover, the spectators greeted Marta with an ovation, getting singer's autographs and her first album, "Na svitanku" (A daybreak). A singer also received many invitations for her next tour in Canada and the USA.

Marta Shpak told many interesting facts about life in Canada. It is impressive that Ukrainian culture and people have such immense respect all over American Continent. "Our country is still lacking such social policy for supporting every person no matter what status they have. However, in collaboration with Canada and international organizations, I believe that Ukraine will improve its both business and cultural areas in the nearest future," said Marta Shpak.