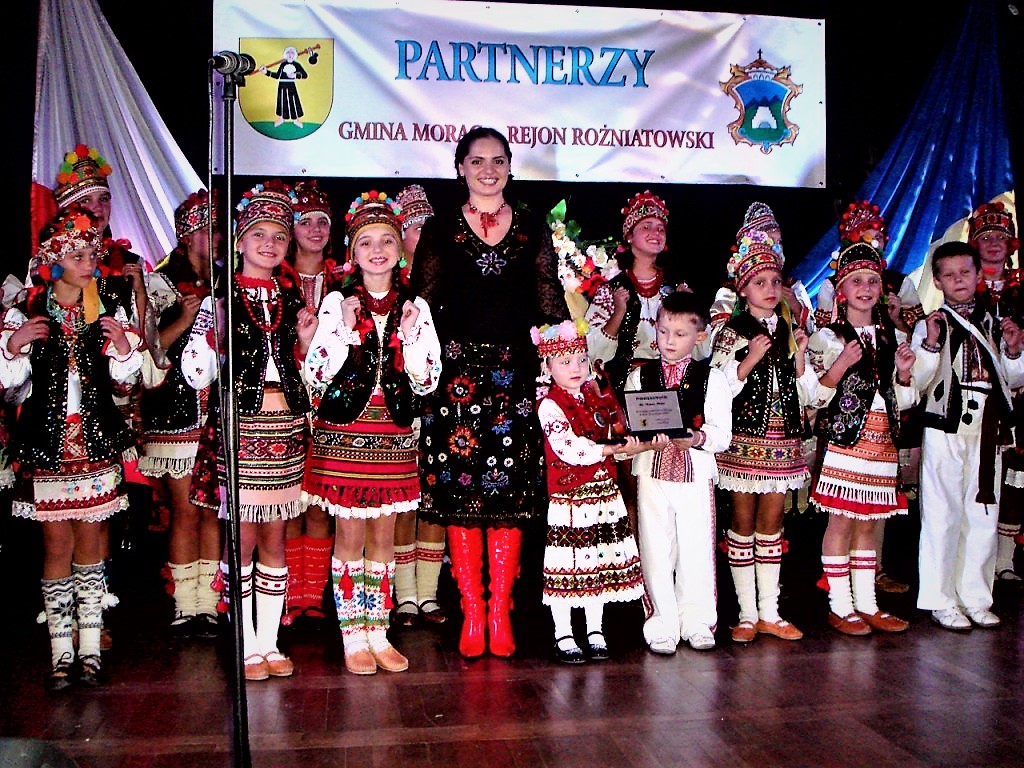 At the end of September 2009, Marta Shpak and the delegation of Rozhniativ District went to Gmina Morąg, Poland, intending to visit the neighbouring friendly country and conclude the agreement on partnership and cooperation.

The Polish Seym (Parliament) representatives, the government of the picturesque polish city Morąg and its citizens hosted the delegation from Ukraine for two days. The signing of this historical document between the two boards was in the Palace of Folks Creativity. It says about mutual understanding and mutual respect of the cultures of both nations, propaganda of Polish and Ukrainian national traditions, supporting art exhibits exchange, organization of cultural and sports events, all-round exchange programmes for youth and other interested groups of people, tourist, production businesses.

Todeush Sobieraiski, the Burgomaster of Morąg, Myron Sych, the Deputy of the Polish Seym, Iryna Kost, the Councillor of the Burgomaster on National Minorities Matters, Anna Hentosh, the Chief of Association of Ukrainians in Gmina and in Olsztyn County of the Warmian-Masurian Voivodeship, and Stepan Migush represented Poland side. On behalf of the Ukrainian delegation, Petro Zholobak, the First Deputy Chief of Rozhniativ District State Administration, Volodymyr Borovych, the Chief of Broshnev-Osada, Yurii Markanych, the Chief of RMT "Beskydske Zemliatstvo" and the priest Mykhailo Zeleskyy from Ivano-Frankivsk Eparchy of Ukrainian Greek-Catholic Church.

The most culminating points of this event came with Marta Shpak's shows. An Honoured Artist of Ukraine, born in Perehinsk, Rozhniativ District, accompanied by the children's folk group "Malenki boiky" and "Vodohrai" - an orchestra of folk instruments, performed for more than 500 spectators, who applauded 'bravo' to a beautiful Ukrainian singer for two days. All the spectators greeted artists with tears in their eyes—no wonder why Marta's voice and melodic Ukrainian songs left indifferent neither Ukrainians nor Poles. Singer's colourful dresses and professional singing combined with tender children's voices made her concerts bright, unforgettable, and worthy visit card of Ukraine.

In the end, delegations invited each other for the celebrations of upcoming holidays. Burgomaster Todeush Sobieraiski awarded Marta Shpak with a statuette named after Morąg City and expressed his gratitude for the concert hall's nonprecedential successful and warm atmosphere for two historical days.