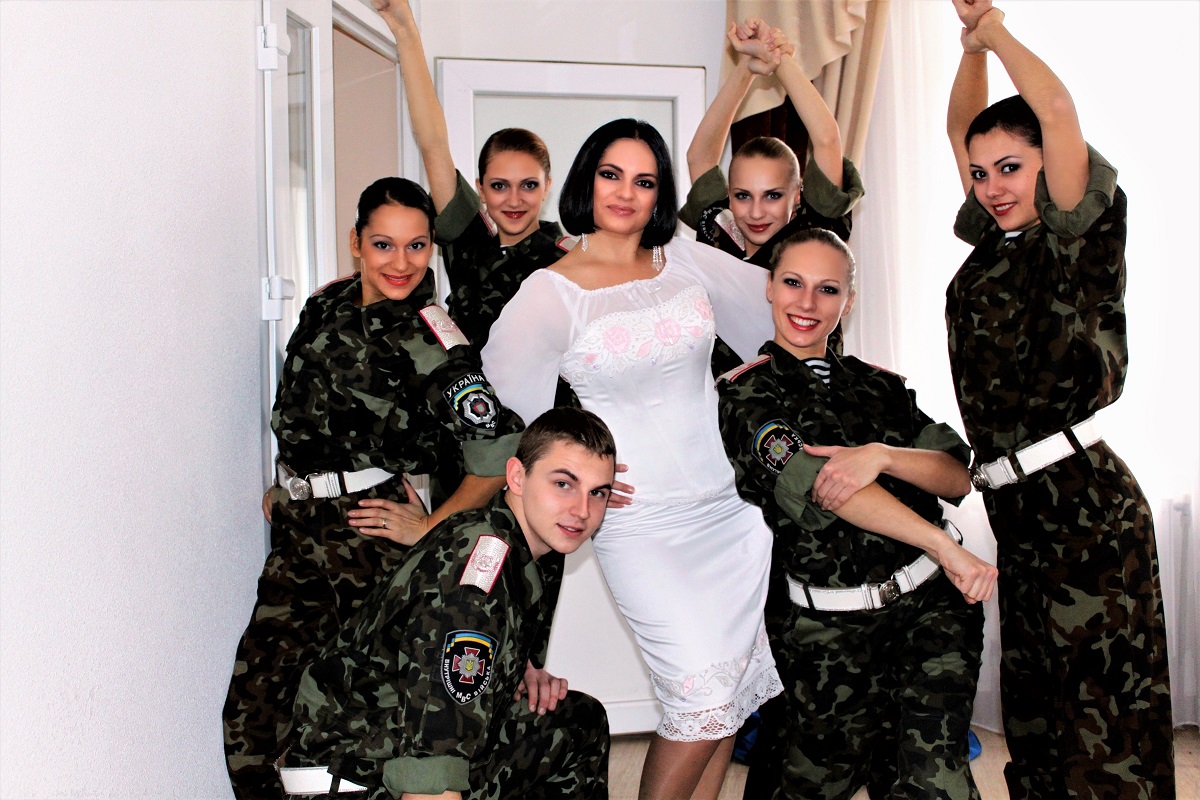 Shpak wrote and released many patriotic albums. Her concert performances alongside the ballet and chorus of the ensemble were repeatedly watched by the whole country and even Ukrainians worldwide during the live broadcast on the National TVs. "We stand for freedom and peace" ("Ми за волю, ми за мир") - is one of the most beloved songs for the soldiers and military fans of Marta, who sing it with a singer at the concerts. In addition, the singer performed for the national state events with children's folk ensemble "Malenki Boiky" (Маленькі бойки).

Similarly, an Honored Artist of Ukraine Marta Shpak and her colleagues -People's Artists of Ukraine quartet "Hetman," Leonid Sandulenko, Valentina Stepova and others presented their shows on a higher professional level. Again, unforgettable impressions and pleasant memories for both performers and spectators warmed up their hearts with their lyric melodies, beautiful singing, and dances created by the leading choreographer Svitlana Vasylkivska and under the direction of the chief of the ensemble - an Honored Worker of Culture of Ukraine Victor Romanutskyy.

This patriotic tour was held in Zolochiv, Lviv, Ivano-Frankivsk, Khmelnytsky, Zhytomyr, Kharkiv, Donetsk, Dnipropetrovsk, Odesa, AR Crimea, Kyiv and other cities. Employees with families and veterans of Internal Affairs of Ukraine, soldiers and students had filled the halls to the fullest. They applauded with sincere smiling faces, warm feedback and wished to revisit such beautiful concerts again.

The great creative work of the Academic Ensemble of Song and Dance of MIA of Ukraine is on-demand in many cities. All the artists proved it once again during the years of existence of the company since 1943. "It feels like we fulfilled our critical mission worthily and perfectly. Thank you very much to all the organizers for such a professional organization,"- says Marta Shpak.  The ensemble's mission is critical as artists raise the morale of the patriotic spirit and the positive mood of people; bring high art to the audience, which eventually feels that we all are big, beautiful, strong, talented, and friendly family – Ukraine!