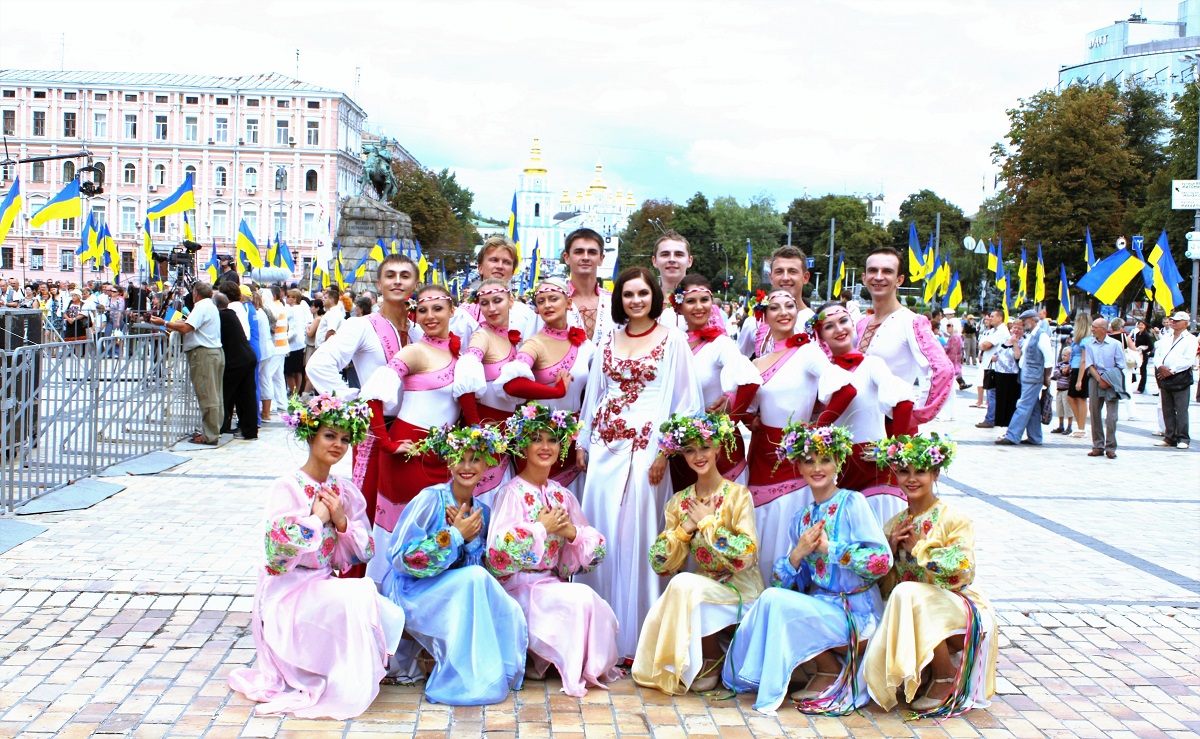 On August 24, 2011, during the First National Channel broadcast, Marta Shpak extended greetings and best wishes to all Ukrainians worldwide on the 20th Anniversary of Ukraine's Independence.

The broadcast featured celebrations held in the historical Saint Sophia Square in central Kyiv organized by the "Folk-Music" TV project. Marta Shpak, together with the Ballet of Academic Ensemble of Song and Dance of MIA of Ukraine, sang her best songs, including: "Leleka," "Annychka", "Zhuravlyna dolya", "V nebi zironka", "Moya Ukraina".

St. Sophia Square, the warm and bright sun, clear sky provided a beautiful backdrop to the celebrations. Hundreds of happy spectators joined Marta in recognizing and celebrating their country's historic achievements. The singer is proud to be Ukrainian; she works tirelessly with persistence, kindness and gratitude.

No doubt, homeland's energy helps Marta along with her creative path. After all, behind Shpak's young shoulders, as behind young independent Ukraine, many achievements encourage us to be proud of her hard work and beautiful songs, commemorating those who gave their lives for freedom and independence.

"So, let's protect and develop our history regardless of the place of residence, obstacles or life circumstances. Thank you to the Heroes and glory to Ukraine!" - sang Marta Shpak.